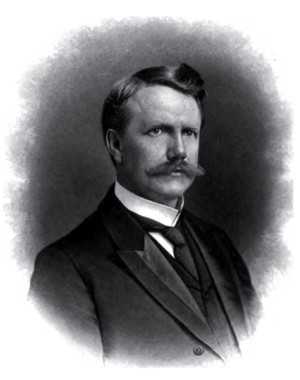 Before going further, we need some background on Francis Fries — pronounced Freeze — because if, not for him neither Mayodan nor Avalon would have come to be.

Francis Henry Fries was born on Feb 1, 1855 in Salem, North Carolina. His father — also named Francis — was a successful businessman who founded the F & H Fries Mills, a manufacturer of cotton and woolen goods.1 The Fries family was well respected and had strong roots in the Moravian Church, having originated from Saxony, Germany.2

In 1873, Francis Fries graduated from Davidson College with honors.2 From there, he went straight to work in his father's mill. He made his beginnings as a laborer. However, within four years he had worked his way to the title of superintendent.1 In 1884, Francis Fries was given the honorary title of Colonel on the election of North Carolina governor, Alfred Moore Scales.1 Colonel Francis Fries carried the title throughout his life.