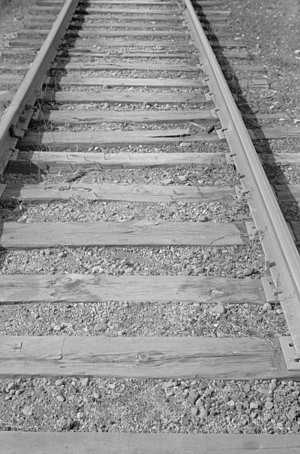 To tell the story of Avalon or Mayodan for that matter, we must travel back in time to 1886, a time when transportation did not exist as we know it. Without cars and trucks to mobilize people and goods, transportation was more of a challenge. However, times were changing and the railway was paving the way. The Railway enabled people to journey to far away places in a timely manner. In the comfort of a rail car, passengers could cross wide rivers and traverse treacherous mountains regardless of the weather. For industry, the benefit of having a railway was two-fold. The railway opened up trade routes enabling goods to be distributed across broader markets while raw materials could be imported from great distances. The railway offered industrialists opportunities for growth, increased profits, and freedom from dependence on local suppliers.

John C. Moomaw of Roanoke, Virginia, envisioned a railway running south from Roanoke. In 1886 John ventured out seeking support from other towns for his railway.1 His idea captured the interest of businessmen in the towns of Winston and Salem, North Carolina. Local businessmen realized the benefits of being connected to the railway. Without the railway, industries in the areas were detached from potential markets. A group of investors including R.J. Reynolds, C. H. Fogle, F.J. Stone, and J.M. Vaughn2 were eager to get the train rolling but who would they get to organize and carry out their plan? A young go-getter named Francis Henry Fries stood up to the challenge.